The event which held at the state PSN Secretariat was widely attended by the EXCOs, members and advisers of the committees with only a few dignitaries unavoidably absent.Addressing the gathering at the event, the PSN Chairman thanked the members of the committee for accepting to serve, for attending the event despite the heavy rainfall and flooding experienced in the state and the attendant traffic jams. He described their sacrifice as a true reflection of their commitment to team up with the elected EXCO of the PSN to drive a positive transformation of the PSN and pharmacy practice in the state. The Chairman described the committee

members as well chosen given their placing in the pharma-space and past contributions to the PSN. He further charged the committee members to do all that is necessary to ensure that they actualize their mandates assuring them of the support of the state EXCO and pharmacists in the state. 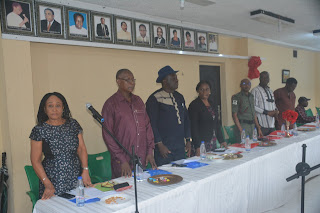 The inauguration of the committees comes at a time when the PSN in the state is massively launching campaigns aimed at bringing the pharmacy profession into limelight thereby letting the public appreciate the many roles pharmacists play towards ensuring that citizens in the state stay healthy as they go about their businesses. The Chairman of the PSN in a chat with the Publicity team of the PSN disclosed that the Ethics, Dispute resolution and Disciplinary committee was set up to ensure quality control in the practice setting among colleagues as well as ensure that Pharmacists in the state work under favourable conditions and amicably with fellow professionals as well as other professionals. He also

prayed colleagues to desist from practices that bring disrepute to the profession so as not to find themselves before the committee.

In the respective acceptance speeches, the chairmen of the respective committees thanked the PSN leadership in the state for recognizing the past roles and pledged to give in their best in the course of discharging their duties. The Chairman of the PRC Fund Raising Committee, Pharm Chuks Onyibe FPSN expressed optimism that the PRC will be completed before the conference year 2021 in which the state will be hosting. He tasked committee members and Pharmacists in the state to harness their networks for the good of the project describing its actualization as one which will reduce the financial burden placed yearly on Pharmacists in the state and one which will also bring greater financial fortune to the PSN in the future.
One of the features of the day’s event was the presentation of the Journey so far on the PRC project by the immediate past chairman of the PSN, Pharm Adewale Oladigbolu FPSN. During his presentation, the IPC who took turns to enquire of some senior members of the PSN in the state about the first PSN meeting they attended used the opportunity to emphasize the timeliness of the project as well as the many merits of actualizing the project in record time.
In a remark on behalf of the Advisers of the committees, the National President of Association of Lady Pharmacists – an interest group of the PSN and the Director of Pharmaceutical Services at the University of Port Harcourt Teaching Hospital, Pharm. Mrs, Victoria Ukwu FPSN thanked the committee members for accepting to serve, tasked them to take their job seriously and prayed for God’s enabling grace upon them as they discharge their duties.
The event came to a close as members of the individual committees had their inaugural meetings.
Other dignitaries at the event were Captain Gabriel Adamu (HOD Pharmacy, Military Hospital, PH), Pharm Ureh Peters FPSN (DPS, State Min of Health), Pharm Chux Nyenche (DPS-Hospitals Mgt Board, Rivers State), Pharm Uka Igwe (MD, Famatex Pharmaceuticals Ltd), Mrs. Agbomma Esom-Ibe MAW (ACPN Chairman), past chairmen of the PSN, Pharm (Sir) Tom Sogules FPSN, Pharm G.M.T Chukunda FPSN, to mention but a few.
See Photos Below… 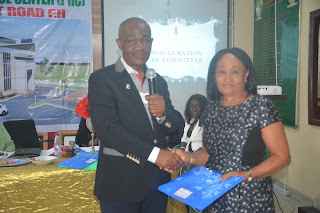 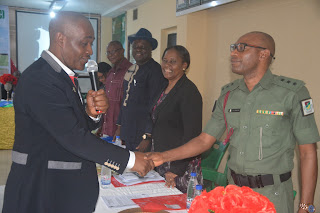 PharmaTimes offers a unique blend of health stories, interviews, features, covering all aspects of health as it affects every individual and mankind.

Moderna says its Vaccine is Safe, Effective for kids 6-11; US Reentry will be Harder for Unvaccinated Americans: Today’s COVID-19 Updates

China Locks Down City of 4m People Over COVID-19

Moderna says its Vaccine is Safe, Effective for kids 6-11; US Reentry will be Harder for Unvaccinated Americans: Today’s COVID-19 Updates

China Locks Down City of 4m People Over COVID-19